On July 21, 1976, the year of America’s bicentennial, the Pennsylvania chapter of the American Legion decided to kick off their four-day convention at the Bellevue-Stratford Hotel, known as the “Grand Dame of Broad Street.”

Early August, news circulated that close to 50 people from the convention were sick with some mysterious flu-like illness, which caused diarrhea, chest pain, muscle aches, and fever of 104 degrees and higher. Twelve had already died, and the Bellevue-Stratford was the common link between them.

As time went on, more cases of the same type of sickness came forward, but these people didn’t attend the event. One was a bus driver, while another was a bank teller, and neither were guests at the hotel at the time. Fears rose on rumors of a possible flu pandemic, like the one that killed millions a few decades earlier. But, this couldn’t be another Spanish Flu, because it didn’t seem contagious based on the fact that one military veteran shared a room with two other Legion members who died, but he had no symptoms.

Whatever the cause, antibiotics proved to be effective, and in all, there were over 200 sick and of those, 34 died. In November 1976, there was an unofficial 35th fatality as the Bellevue-Stratford closed its doors. 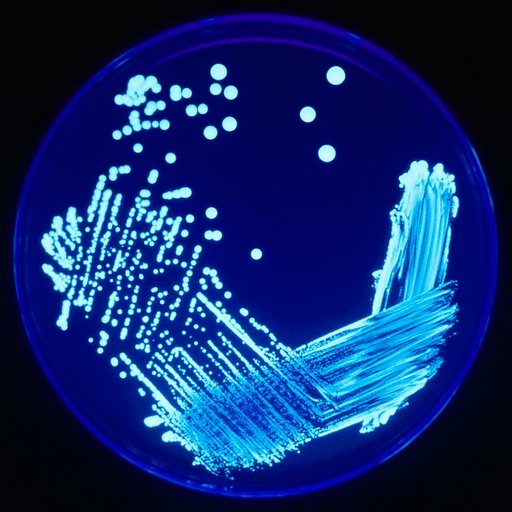 For months, CDC epidemiologists tried to solve this medical mystery and were coming under pressure from the government over allegations of incompetence in identifying what the media dubbed the “Philly Killer” and “Killer Fever.” Joseph McDade, a microbiologist, decided to cancel his Christmas vacation, so that he could try and look at the data they had with new eyes. Eventually, he found what he had been looking for: a previously undiscovered bacteria they called Legionella pneumophila, the primary culprit behind legionellosis, or Legionnaire’s disease.

During the course of their investigation, doctors isolated the starting point as the rooftop air conditioning system. The fan would circulate contaminated droplets throughout the hotel and outside of the hotel. That explained how people the bus driver and bank employee got sick. After deeper investigation, the team surmised that this bacteria was also responsible for deaths of a different set of convention attendees who stayed at the Bellevue-Stratford two years prior. The most likely reason why it wasn’t raised to a similar level of alarm then was probably because that incident was small enough to be categorized as a strange coincidence.

Legionella is a naturally occurring bacteria, so it’s all around and can affect anyone who gets the infected water droplets into their lungs. Many people don’t realize that there have been several outbreaks in places like Flint (yes, that Flint), South Bronx, and Quebec City, just to name a few or that between 8,000 and 20,000 people in the U.S. get infected every year, and between 10 and 30 percent of them die. In September 2019, during the Mountain State Fair in North Carolina, a hot tub display was identified as the culprit behind at least three deaths from Legionnaire’s disease.

This bacteria loves hot tubs, air conditioning systems, and freshwater bodies, such as lakes and springs, where it has the right environment to multiply. It can become an aerosolized menace in a variety of ways, if the concentrations are high enough.

Legionella uses mimicry to evade detection by making its infection look like other diseases. Usually, macrophages sequester dangerous intruders and put them into a special jail cell called a lysosome. There, it gets rid of those bad cells. Scientists aren’t completely sure how Legionella avoids macrophage jail. What they do know is that it finds a way to use the cell to its own ends, which involve putting up some protective shielding around the cell it infects that allows it to grow, replicate, and eventually kill that cell.

Tests are still being conducted on a possible vaccine for this form of pneumonia, but it turns out that things are getting a bit more complicated.

In 2016, Dr. Ana Correia of the Northern Regional Health Administration in Porto, Portugal, wrote of a case where a man contracted Legionnaire’s disease from working at a contaminated industrial cooling complex, and passed it on to his mother. In a surprising and, as of yet, rare instance, the mother, who had no contact with her son’s workplace, got sick with legionellosis while taking care of her son. Doctors investigated their home, which had an unventilated room that provided the environment for person-to-person transmission. Both mother and son succumbed to the illness, but it shows that this disease can become far more insidious than it already is.

Three Ways to Protect Yourself

As with many things, the best way to protect is to prevent. Because the bacteria is so prevalent, it can be contracted anywhere, even in hospitals. Here are three ways to mitigate the risk of contracting Legionnaires disease:

One way is to be mindful of standing water in the pipes and even around your cooling system. When you have stagnant water, you have the potential for a slimy biofilm build-up in the pipes or containers that protects the bacteria. You’ll also want to make sure potable and non-potable water don’t mix and be mindful of corrosion in your pipes can create that circumstance.

Chlorine kills L. pneumophila, so use it as a regular disinfectant for flushing or cleaning. Remember, you want the body of water to have enough free chlorine to kill the bacteria, so you’ll need to check the parts per million, ppm, levels of your hot tub, poor, or Jacuzzi.

Of course, the danger there is corroding pipes with too much chlorine, so you’ll want to be careful that your efforts to disinfect don’t inadvertently introduce the pathogen through a crack or break. Finally, just because you have disinfected the water doesn’t mean standing water is any safer. Over time, the levels of free chlorine will weaken, and the bacteria will have the opportunity to grow.

There are many things to consider when dealing with how any of these methods affect your pipes. It’s a good idea to schedule regular maintenance with a licensed plumbing company, so that they can take care of your water system.